Our exclusive bitcoin jewelry collection represents wealth and power on the ground, but it also represents good fortune, hard work, and a bright future when you look deeper. Contact us anytime to learn more about creating a unique bitcoin jewelry piece based on your original design.

It is the virtual type of money that Bitcoin, frequently termed as cryptocurrency, digital currency, or digital funds. 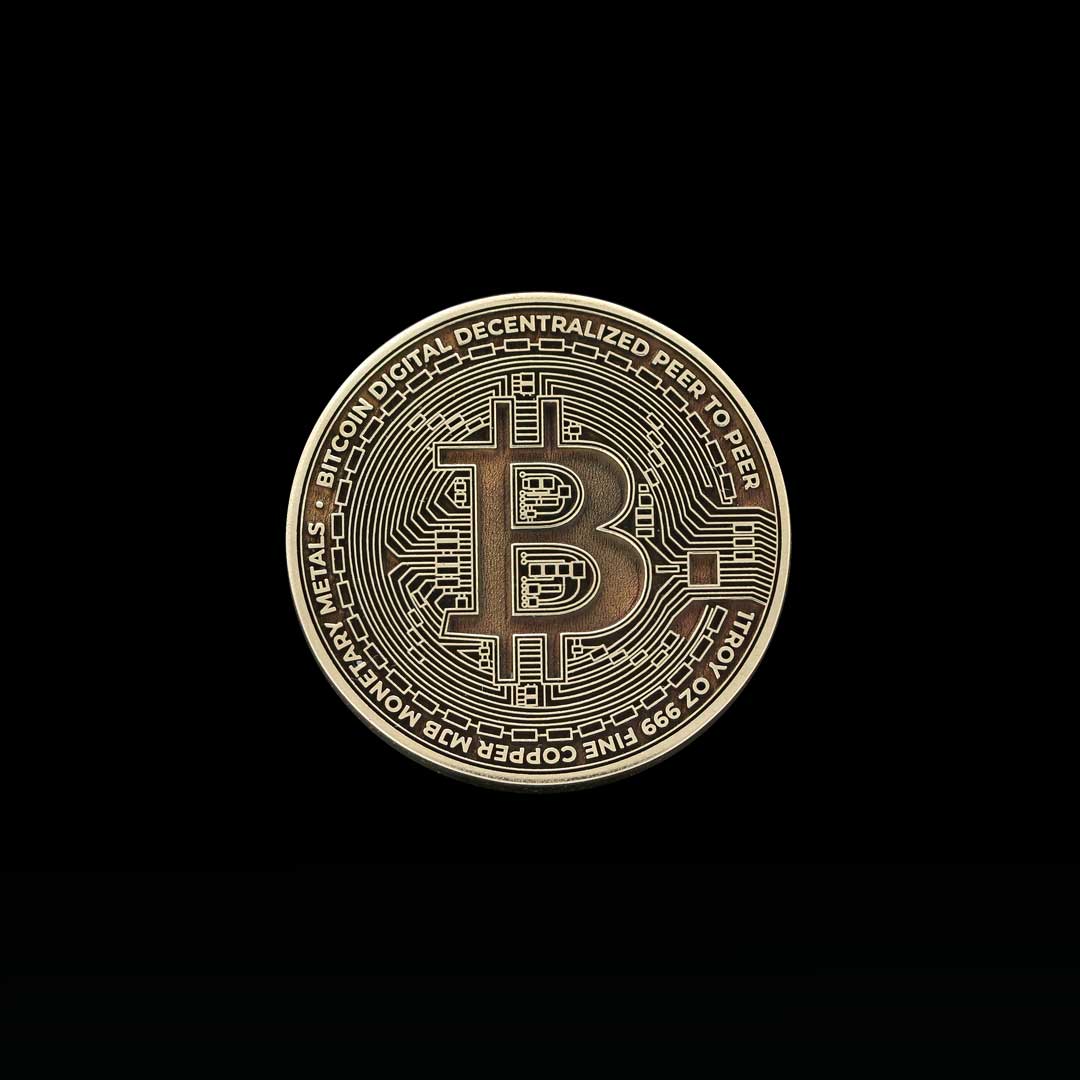 It's like an online edition of funds. You can use it to buy products and services, but not many stores still recognize Bitcoin, which is forbidden entirely in some countries.  But some firms are increasingly impactful.

For example, PayPal announced its customers would buy and sell Bitcoin.

The physiological Bitcoins that you see in photos are a new feature. They would be valueless in the absence of private codes published within.

People will know you mean business no matter which style of bitcoin jewelry you choose. Rings, necklaces, cufflinks, and bracelets are all part of our bitcoin jewelry collection.

Each piece is available in various gold qualities ranging from 10K to 14K, as well as one each in yellow gold, white gold, and rose gold. Choose your desired length from custom ring.net.

Check out our selection of bitcoin rings for the best handmade or unique items from our ring shops. 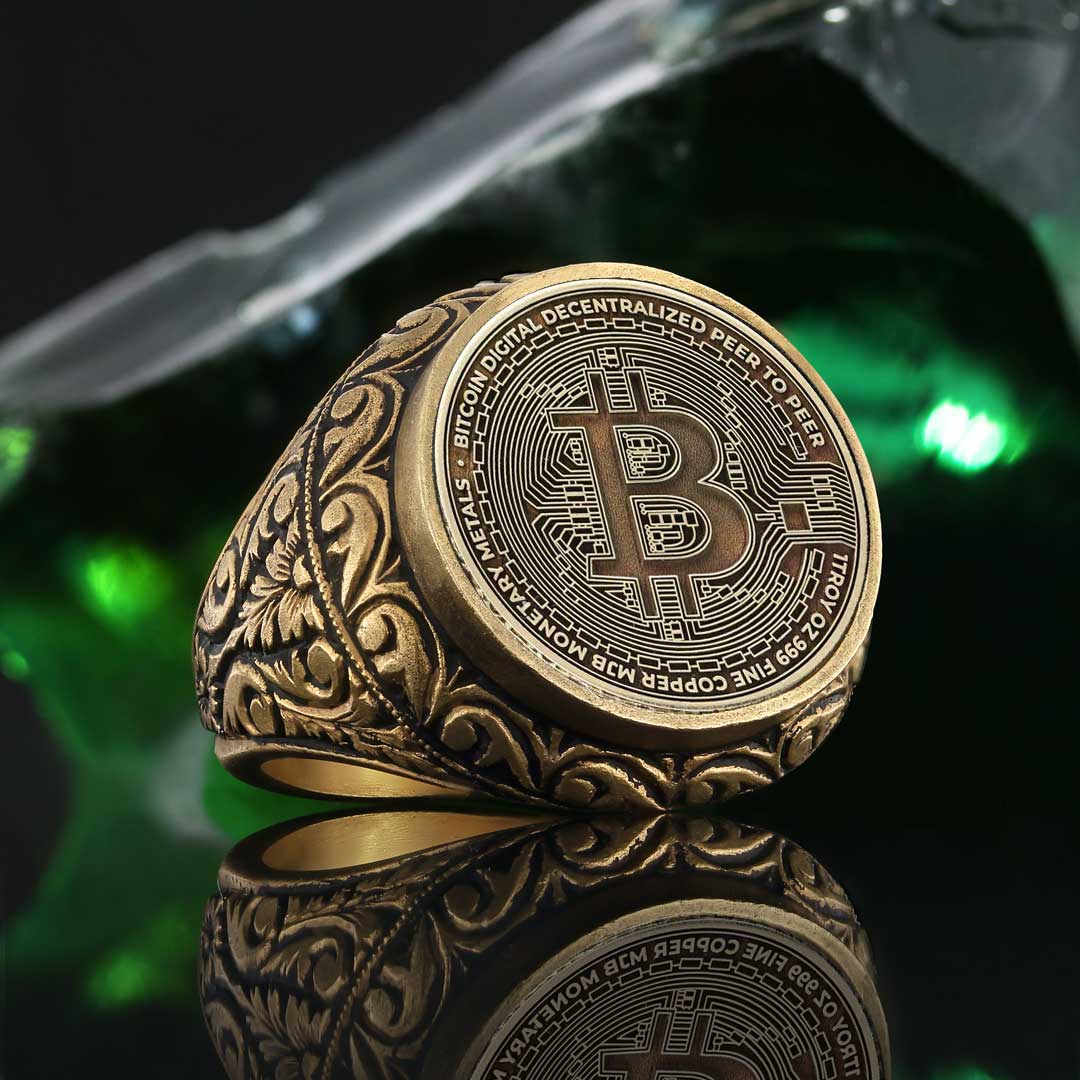 Our exclusive collection of Bitcoin jewelry reflects the past, present, and future of cryptocurrency. Each Bitcoin ring is designed and handcrafted using the highest quality materials by our team of world-class jewelers. These extravagant rings are ideal for those working hard for their business.

Our exclusive bitcoin jewelry collection reflects money's past, present, and future. Each Bitcoin pendant necklace is designed and handcrafted by our team of world-class artisan jewelers using the highest quality materials.

These extravagant gold and diamond pendants are ideal for those who work hard for their money. 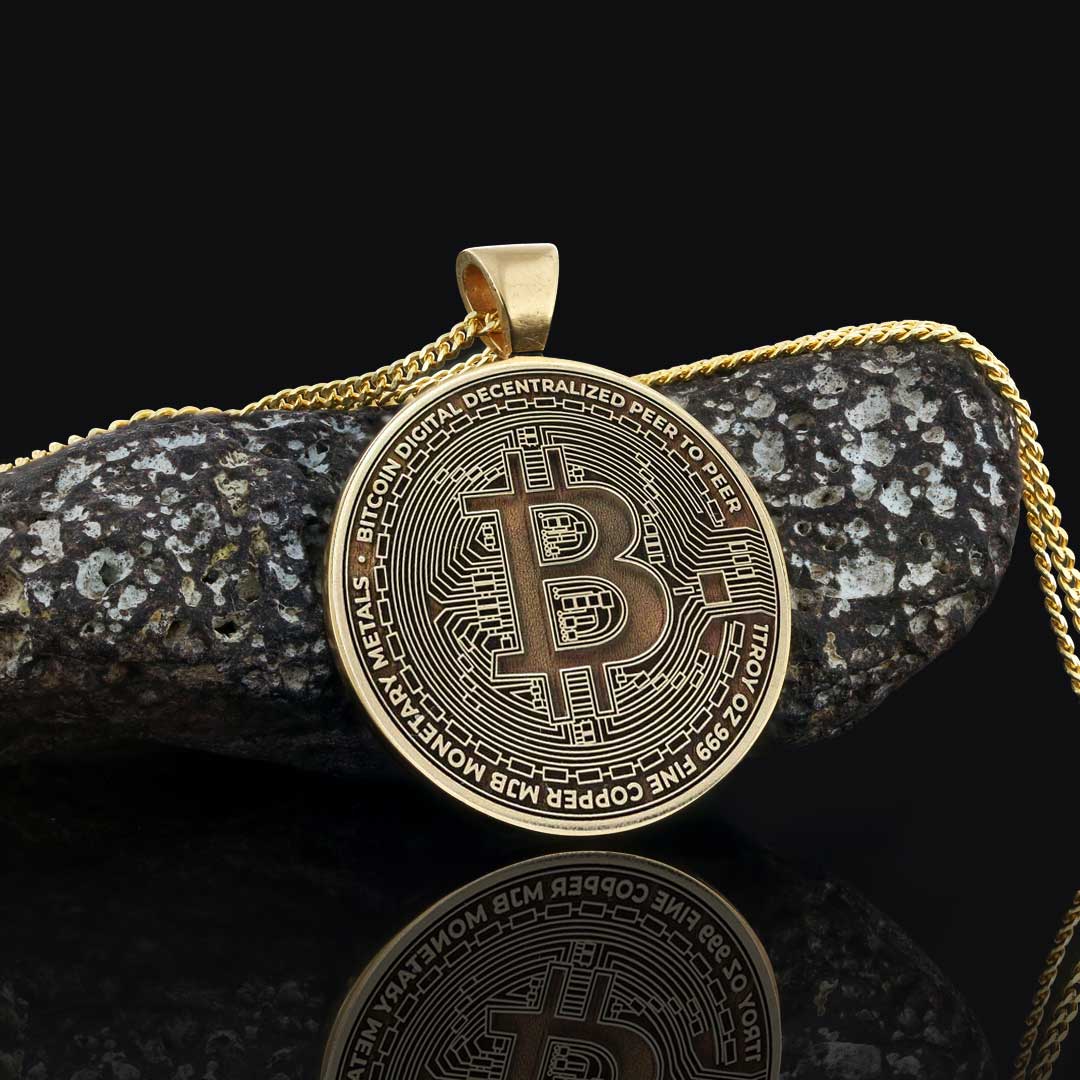 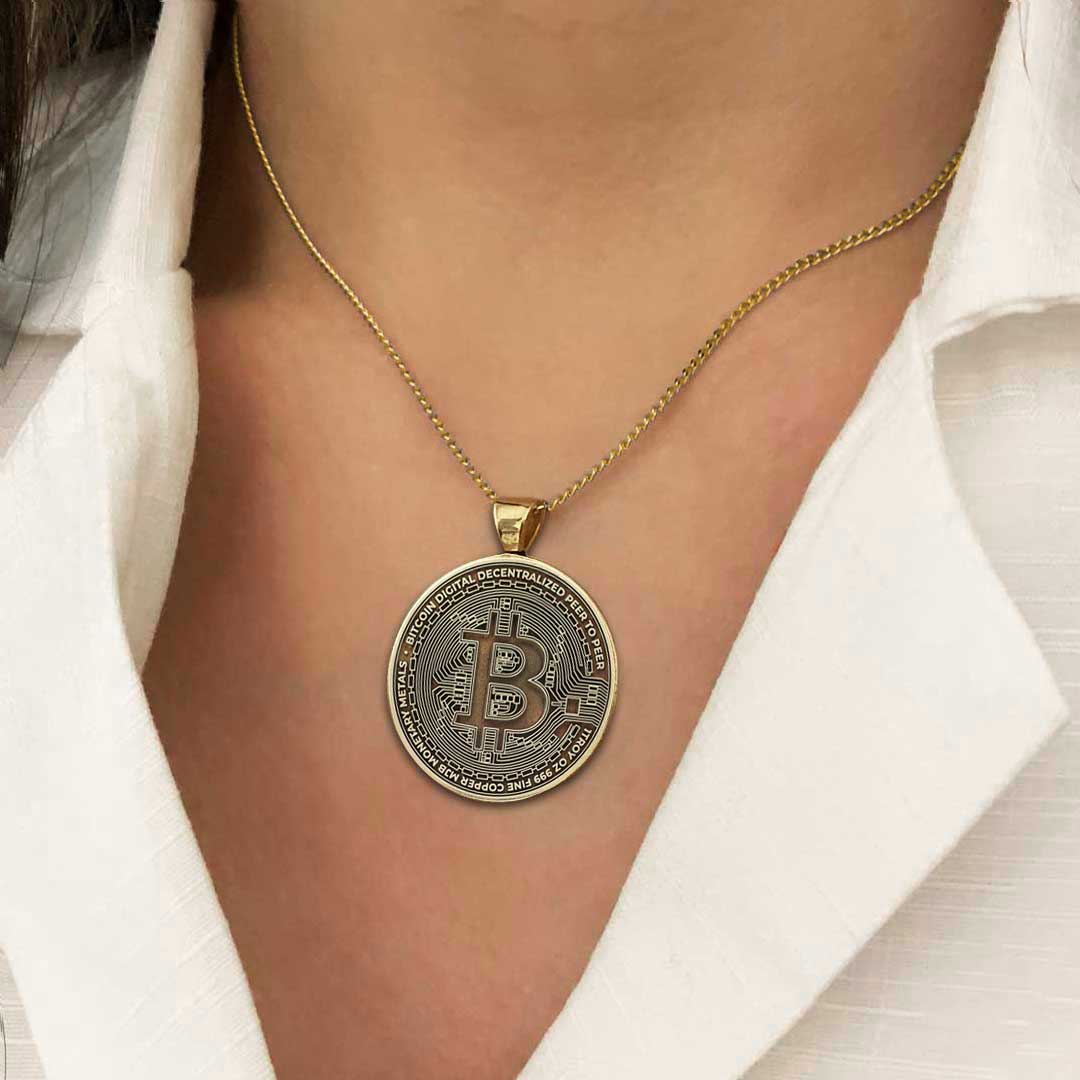 Check out our selection of bitcoin bracelets for the best handmade or unique items from our ring shops. 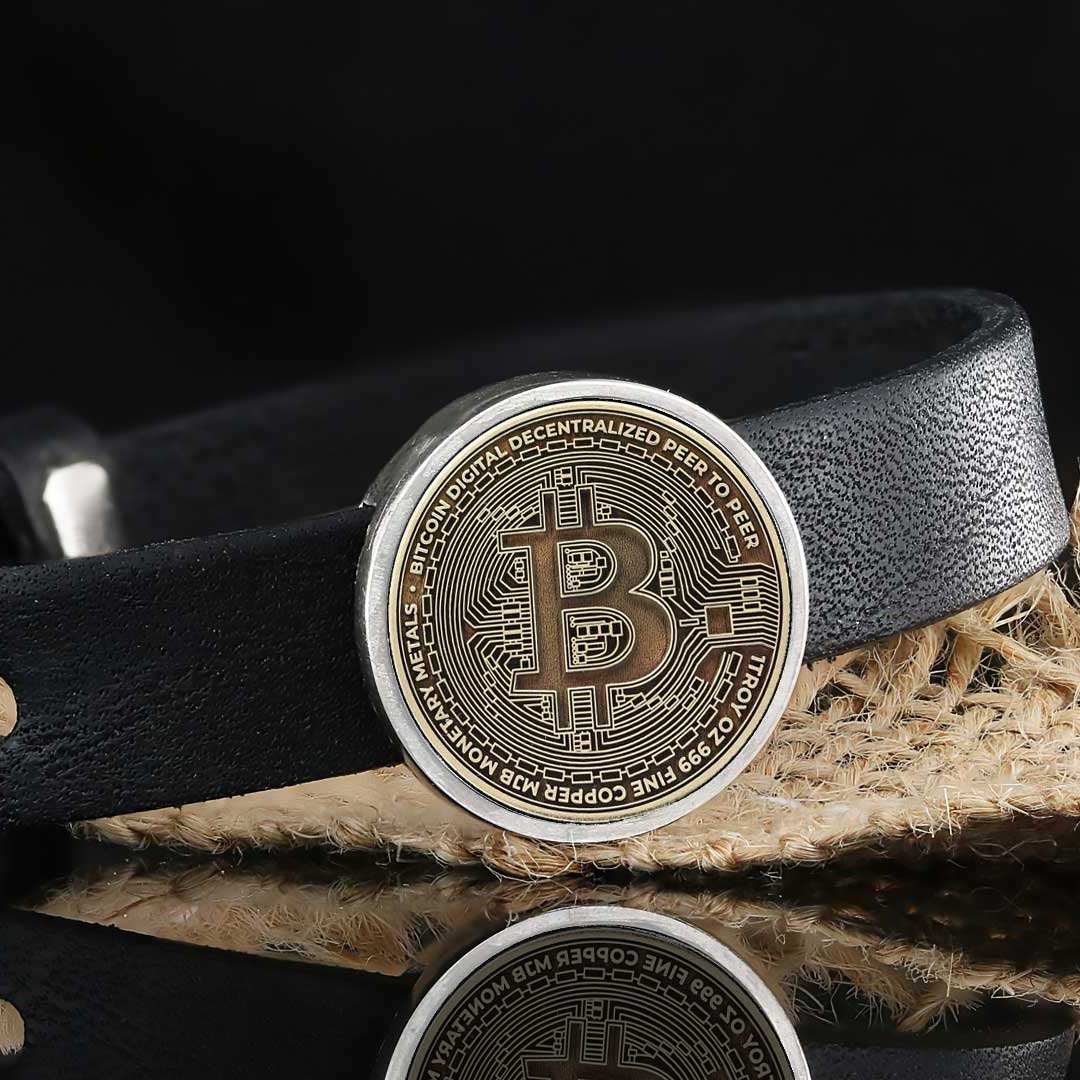 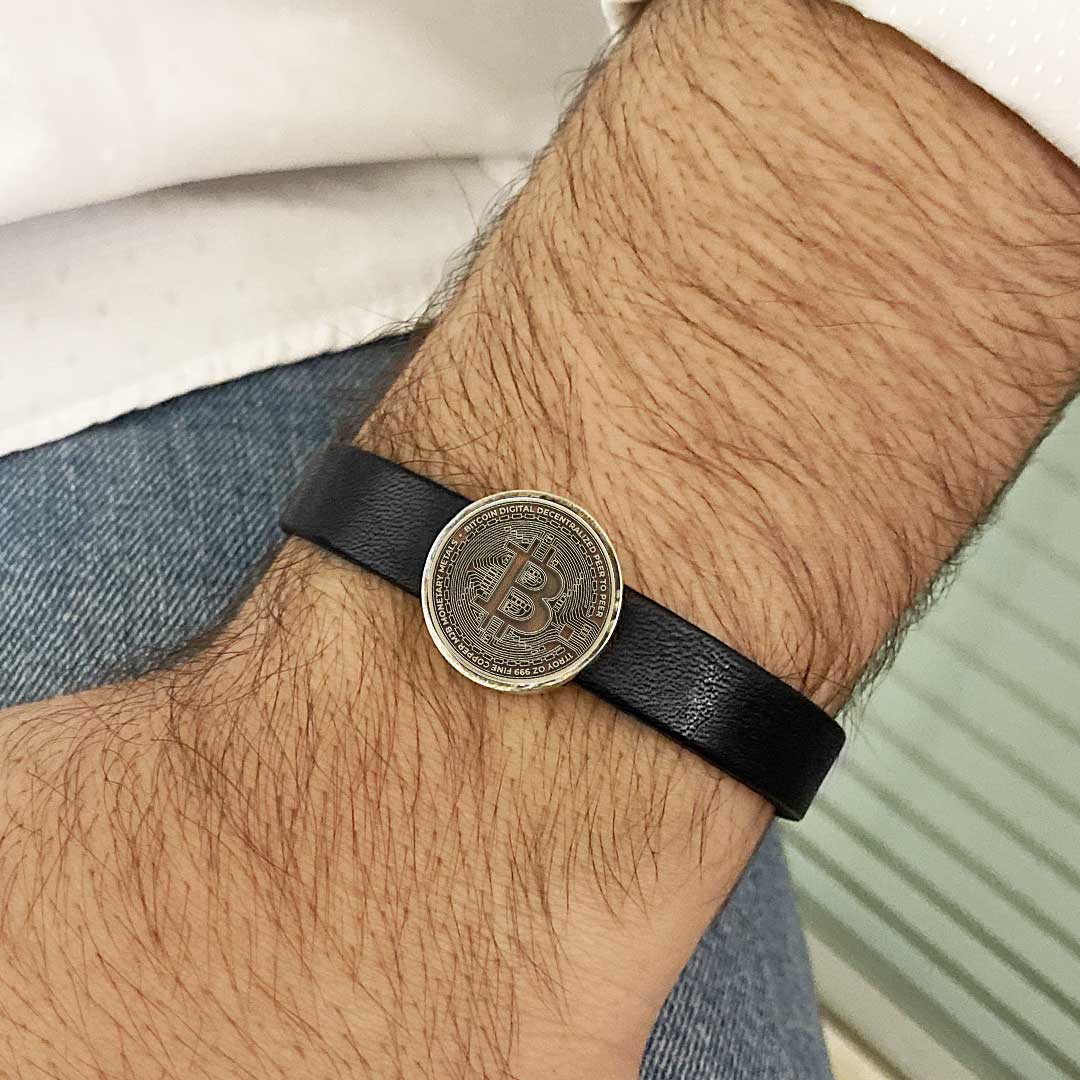 Our one-of-a-kind bitcoin cufflinks collection depicts the past, present, and future of cryptocurrency. Each Bitcoin item is designed and handcrafted by our team of world-class artisan jewelers using only the highest-quality materials and techniques. 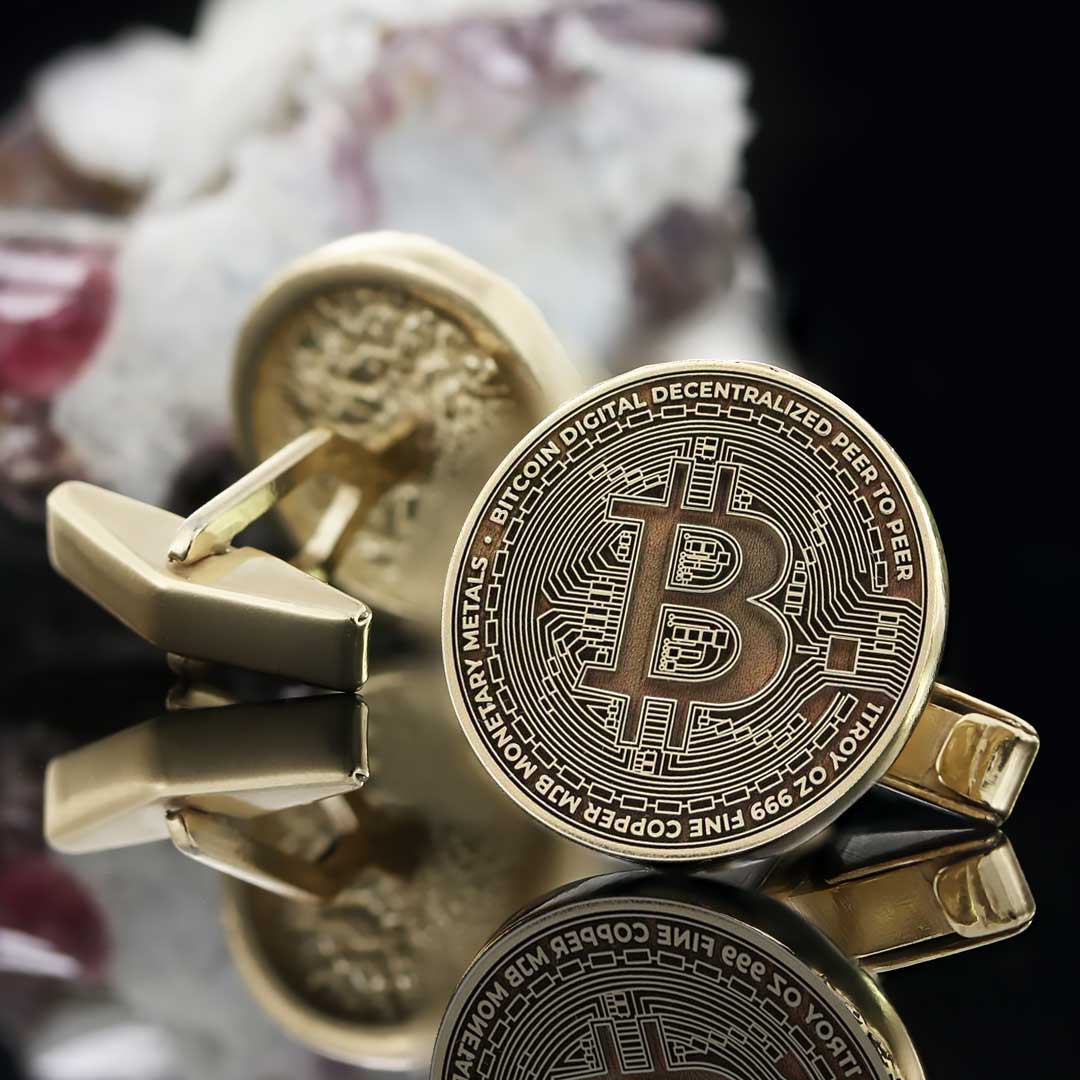 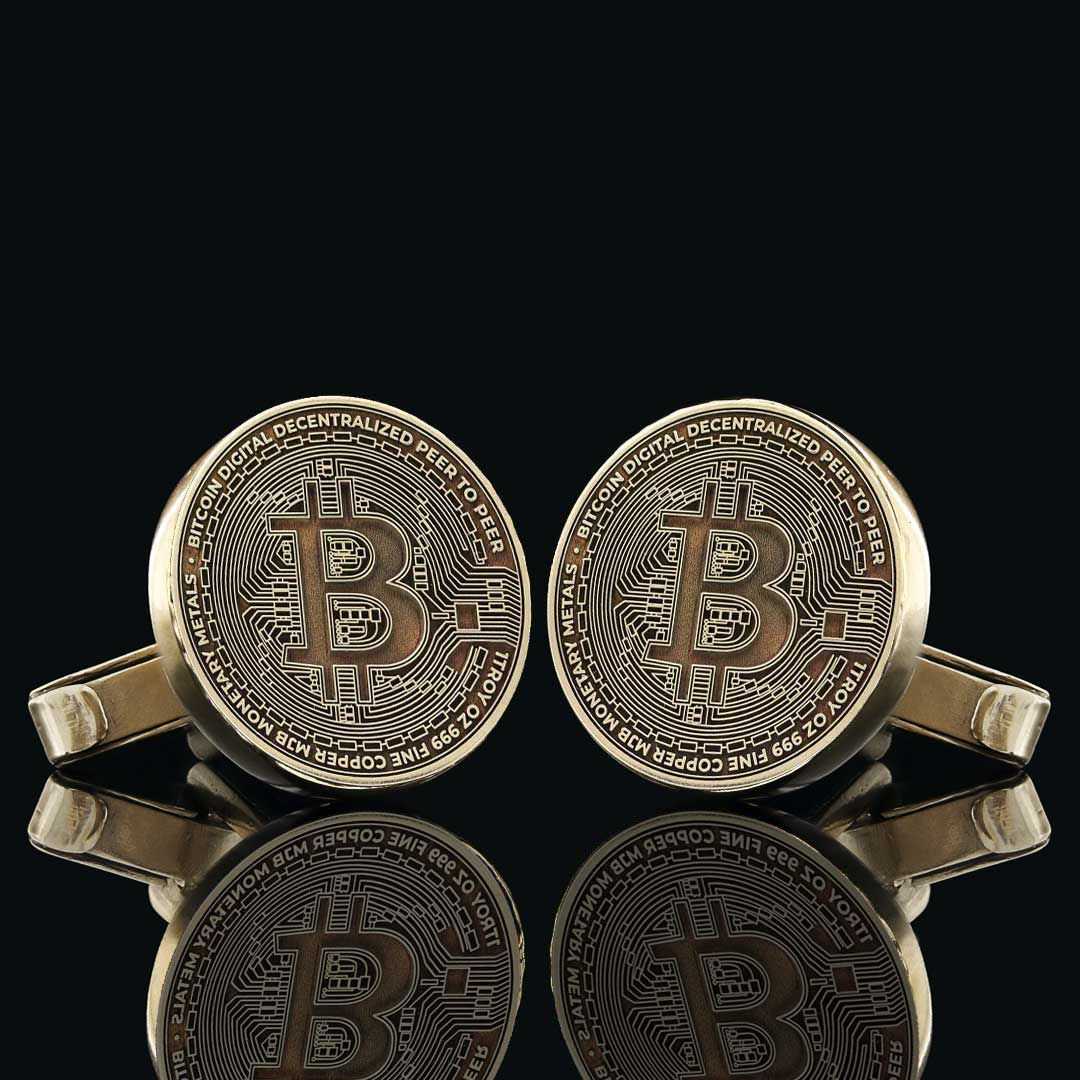 What is the Origin of Bitcoin?

The concept behind Bitcoin may be the most critical aspect. Satoshi Nakamoto developer developed Bitcoin. Instead of trying to devise an entirely new payment method to overcome our online payment methods for everyone, Satoshi saw and wanted to address some problems with existing payment systems. 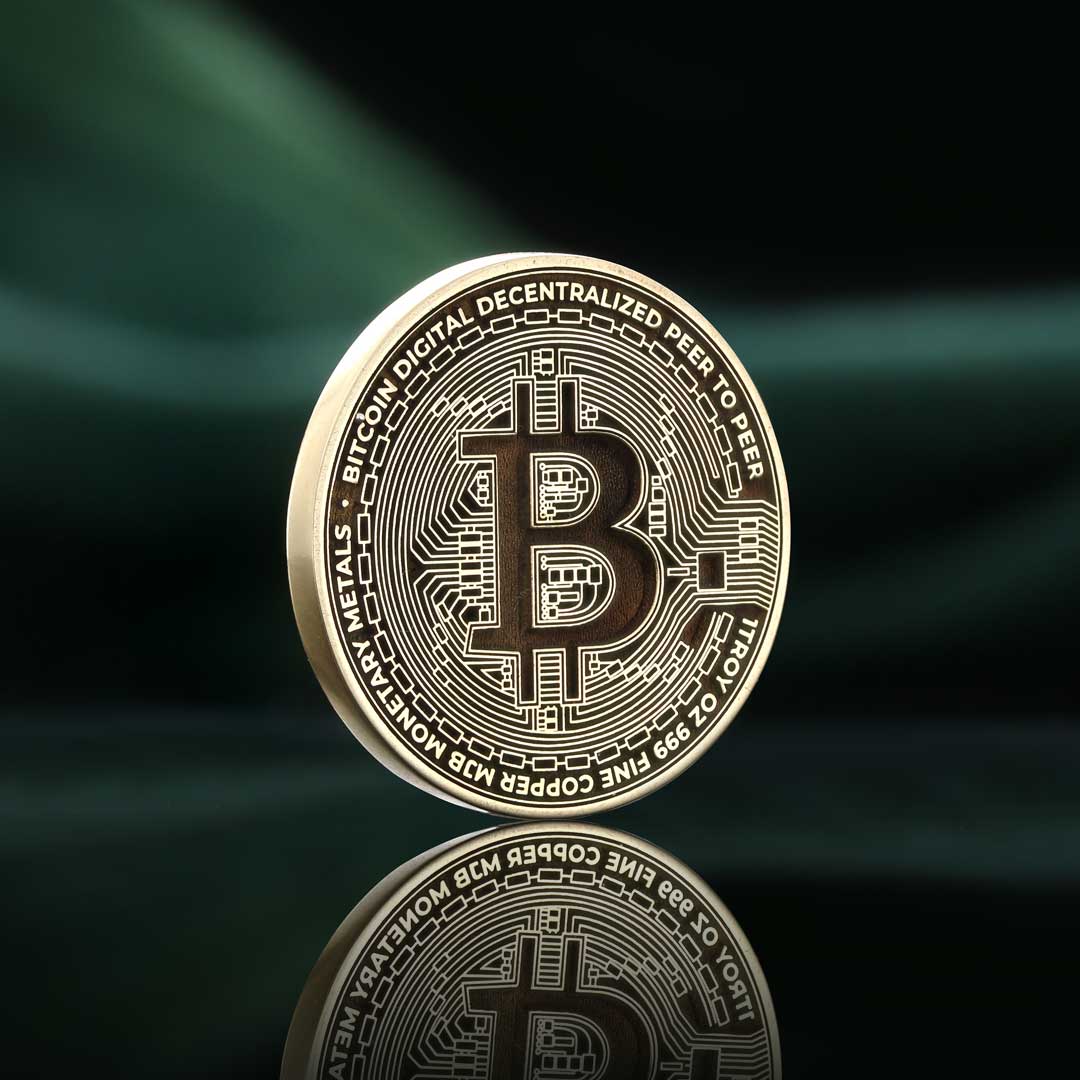 Satoshi Nakamoto has decided on a new currency system. Even a disruptive force could be called so different from the present financial infrastructure. Whether Bitcoin was to replace financial infrastructure unclear, but many banks are looking at the technology that enables Bitcoin to use it for themselves because it recognizes its potential.

Bitcoin mining is solved by powerful computers, which solve intense computational math problems; these complex issues can't be solved by hand and are sufficiently complex to tax even incredibly efficient computers. 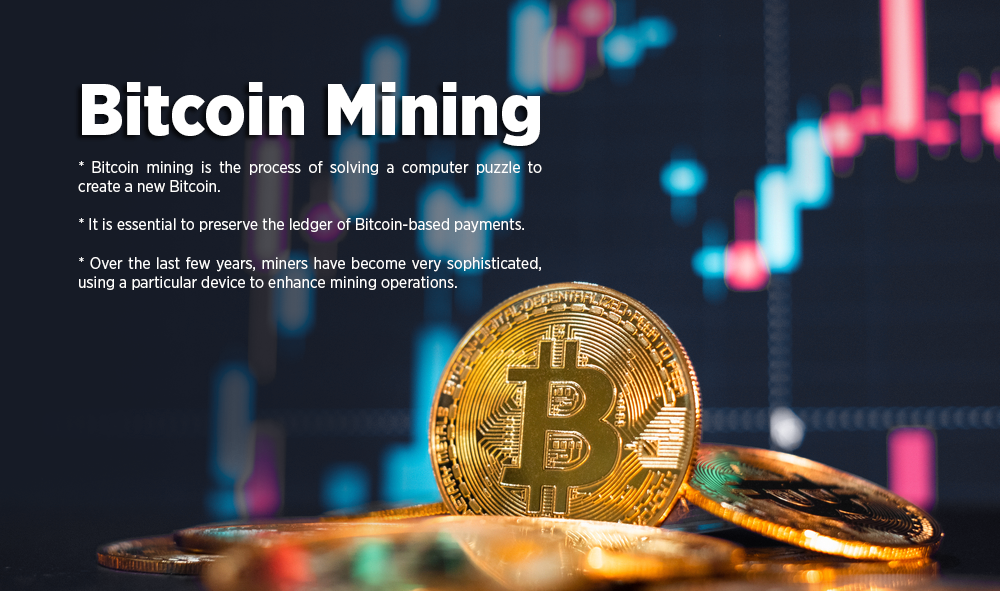 How Is the Value of Bitcoin Determined?

Supply and demand are significant factors in determining the value of anything that can be traded, including all digital market currencies. For instance, if more people try to buy bitcoins while others want to sell them, the price will increase and vice versa. And since the supply of many cryptocurrencies has been limited, prices have been increasingly popular.

How to Accept Payment with Bitcoin?

With so many people who use cryptocurrencies like Bitcoin, companies should consider accepting customers' crypto payments. This is how they can do that.

Cryptocurrencies have popularity over the past few years, with assets like Bitcoin increasing significantly. Bitcoin's total market cap, for example, in February 2021 exceeded $1 trillion.

As such, it should not surprise us that many of the world's largest firms have begun paying for goods and services with cryptocurrencies. Companies that vary as much as AT&T accept Bitcoin and other digital currencies in 2021 from Dallas Mavericks, Microsoft, Overstock, Tesla, and Twitch.

Small companies can also benefit from the crypto craze, and digital payments can be readily accepted through the aid of online payment processors. In general, these processors offer a transaction fee of 1 percent or less, which is less than the fees paid by most credit cards. 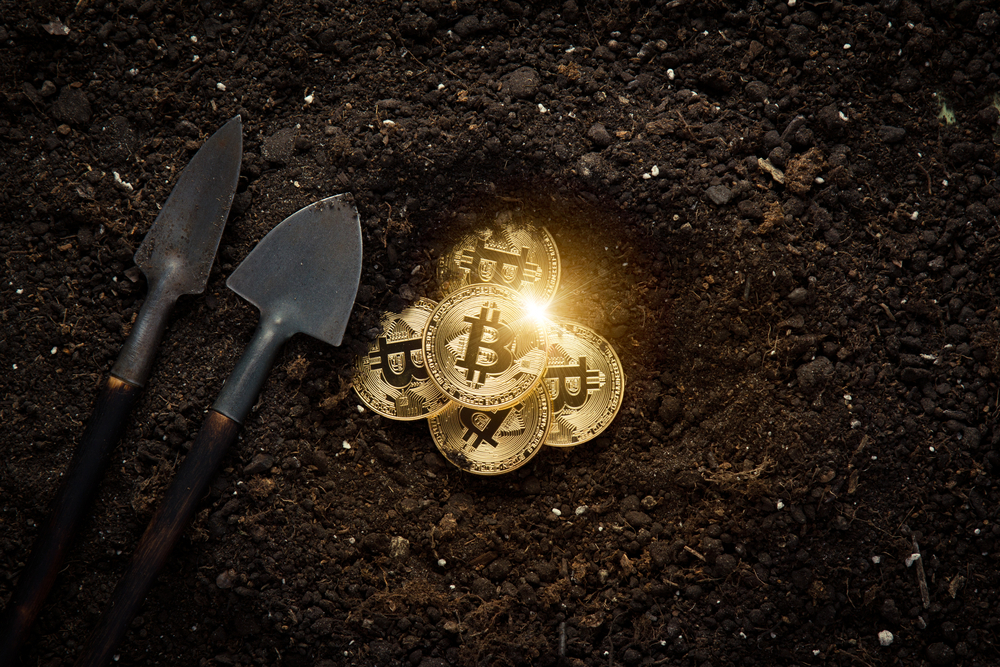 Six companies can help you to accept Bitcoin and other cryptocurrency payments.

It is a form of payment for goods and services that can be exchanged online. Many businesses have created their own currencies, which are referred to as tokens, that can be exchanged for the goods or services that the company provides on a specific basis. Consider them to be similar to arcade tokens or casino chips. To obtain access to the good or service, you will be required to exchange real money for cryptocurrency.

Cryptocurrencies are based on block-chain technology. Decentralized technology, such as block-chain, is used to manage and record transactions across many computers. Part of the appeal of this technology is it is very secure. 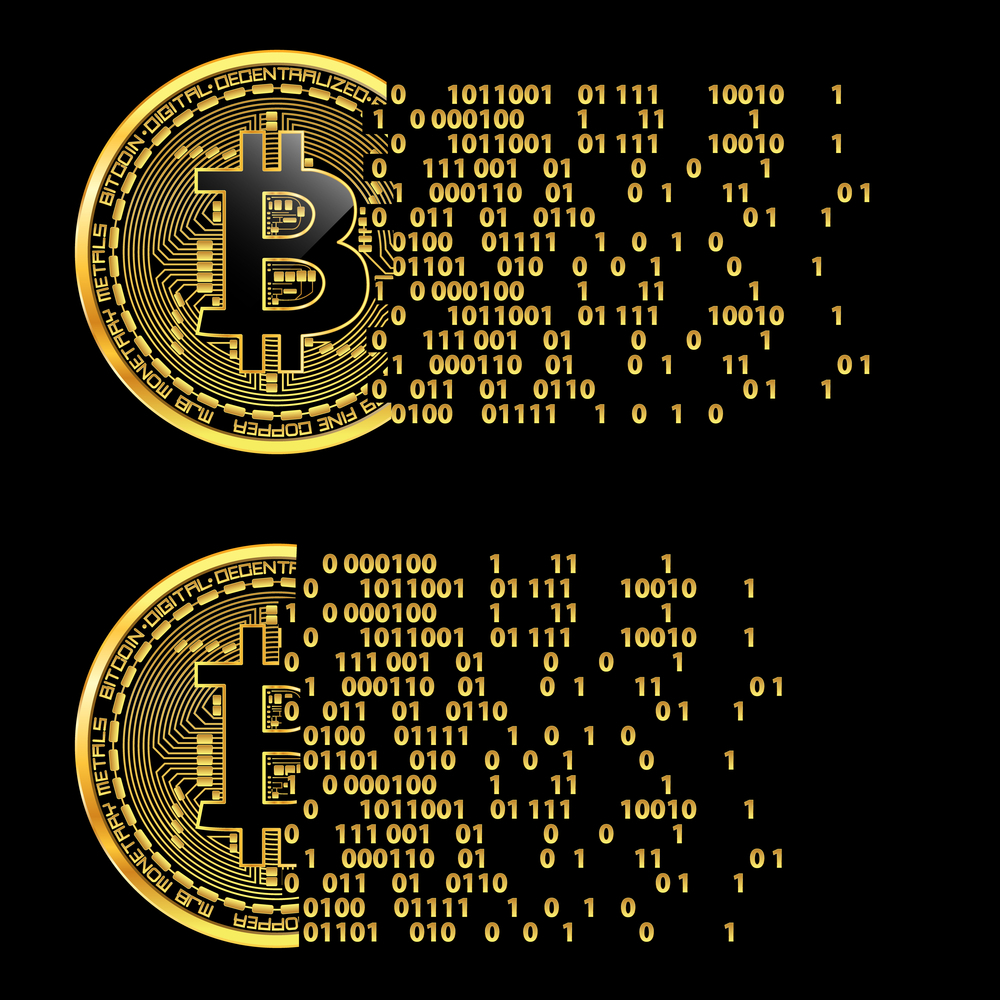 Types of other Cryptocurrencies

Cryptocurrencies may act as real money — they're real money in a way, but they're digital currency. A central authority or government does not manage them, and they are entirely autonomous. In contrast to traditional financial instruments, cryptocurrency is a genuine digital product that does not require the interference of banks, governments, or any other mediator. In most cases, you will need to use a digital currency exchange to purchase and sell your digital assets.

There are more than 10,000 different types of cryptocurrency as of April 2021.

The different types of cryptography typically divide into two categories:

It is a kind of digital currency. It is "internet cash. In particular, cryptocurrency is considered as cryptography facilitates Bitcoin creation and transaction.

Maybe the "Kleenex" or "Coca Cola" of all cryptography is the most recognizable and closest name to the crypto-monetary system.

Recently, there are more than 18.5 million Bitcoin tokens, up from the current restrict of 21 million.

It was first introduced on the market in 2017 and has since grown to become one of the most popular cryptocurrency types. The most significant difference between it and the original Bitcoin is the block size, 8MB instead of 16MB.

When compared to Bitcoin's original block size of 1MB. This is substantial growth. As a result of this, users will benefit from faster processing speeds.

It is becoming more common to hear Litecoin mentioned in the same breath as Bitcoin, and it operates in a manner that is almost identical to that of Bitcoin. Charlie Lee, a former Google employee who had previously worked for the company, founded the company in 2011. One of the reasons he created it was to create a better version of Bitcoin technology that would have smaller transaction times, lower fees, and a greater concentration of miners, among other features.

It is one cryptocurrency type on the list, but not Blockchain. It is not designed as much for individual customers as bigger firms and companies, moving more considerable sums of money around the globe (its coinage is known as XRP).

Instead of its XRP cryptography, it is best known for the digital payment protocol. This is because the system allows money transfers in any currency, including dollars and Bitcoin. It contends to be able to handle 1,500 transactions per second on average. Compared to the Bitcoin 3-6 tps, this is a significant improvement (not including scaling layers).

NEO, developed in China, is attempting to establish itself as a major global player in the cryptography industry with an act of revenge. Its primary focus is on smart contracts, which enable users to conclude and execute agreements without the need for a mediator.

However, NEO developer Erik Zhang stated on a Reddit AMA that NEO has three main benefits over Ethereum: improved architecture, smart contracts that are more developer-friendly, and digital identities and digital assets that facilitate connectivity into the real world.

Ethereum has its own coding languages that developers must learn before creating intelligent contracts on the Ethereum platform.